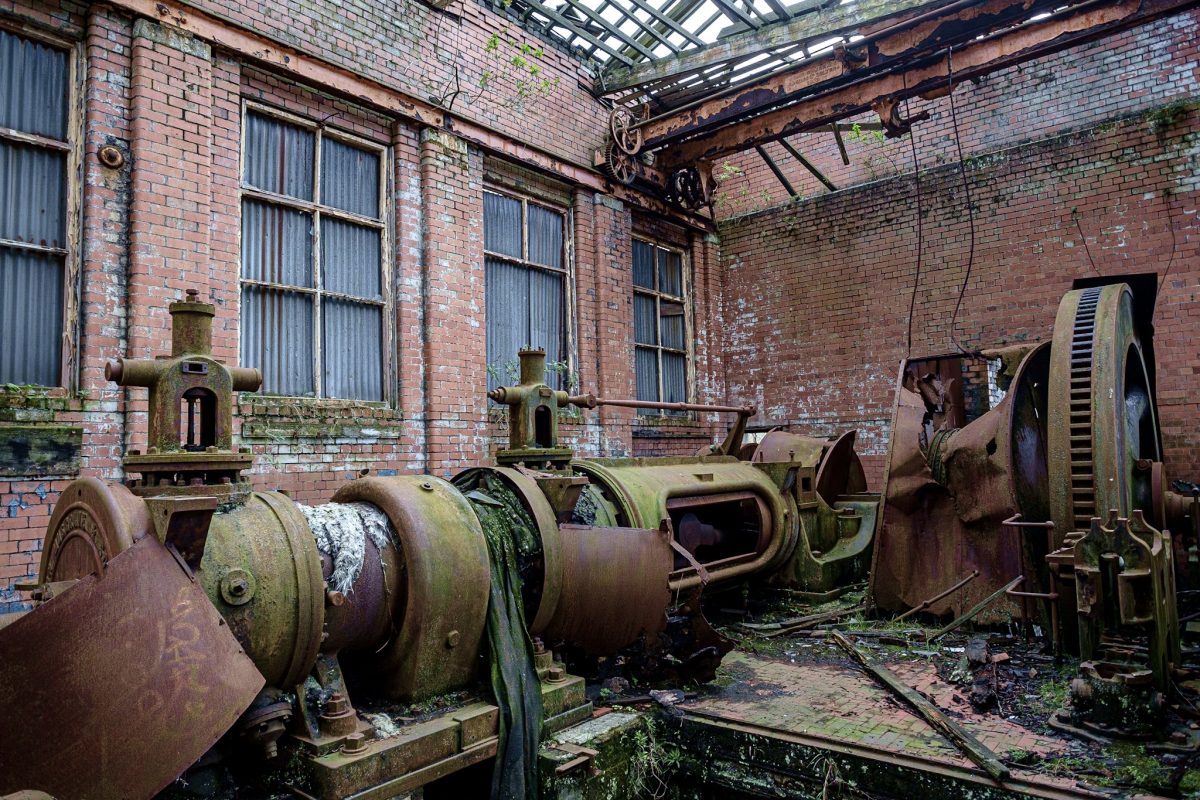 An evocative video combining the oral history of one of Wales’ most important industrial sites with a 3D digital model created from laser scan surveys are preserving its heritage for future generations as well as connecting local communities with their past.

TerraDat worked in partnership with Swansea University to produce the video, “Echoes of Copperopolis”, and a 3D digital model of the Hafod-Morfa Copperworks, which was once the crucible of the world’s copper industry.

It was hugely important in the development of Swansea, and Wales, as an industrial powerhouse and the reason that Swansea became known as Copperopolis.

The heritage site is now one of world importance.

How did TerraDat become involved in the project?

In 2014, we were asked by Swansea City Council to undertake a 3D digital documentation exercise of the site at what was probably the lowest point in its history. The data lay in our archives until this year when we received a call from Swansea University.

Heritage Lottery Funding was made available to preserve the site’s heritage, and as part of this, our data was re-imagined using the up to date processing techniques and transformed into a 3D digital model that can be explored by anyone via their web browser.

The 3D pointcloud dataset formed the basis of the video that combines memories of local people and those who worked there and background audio provided by children from the local Hafod Primary School. You can view it here.

Our Director and Founder Nick Russill said: “The video combines the oral history of the site and engages anybody who watches it with their heritage, encouraging them to find out more about it.”

“We made good connections with the dedicated Friends of the Hafod-Morfa works during the process and talked to people in the local community in Swansea at an exhibition in the summer of 2019.

“Some said they had driven past the site every day for the past 20 years but hadn’t understood the history and importance of the place. Rather than consider it an eyesore, they they are now passionate about preserving it.”

“Our techniques allow people all over the world to explore heritage sites like this. It’s especially relevant where sites cannot be visited in person due to safety or simply living too far away.”

“What’s wonderful about projects like these is that they instill a sense of community history which is so important,” Nick said.

“Research by Dr. Alex Langland’s team in Swansea has shown a correlation between the frequency of listed buildings and the health of the population living in an specific area. In short, wealthy areas such as the Vale of Glamorgan have a high incidence of listed heritage structures and good public health. The opposite applies to former industrial areas like the mining valleys where there are few listed structures and the health is among the lowest in the country.”

“Connecting communities with their heritage through historic landmarks and respecting public spaces can have a big impact on both their sense of identity and belonging. It’s really fascinating and very important. It’s good to see the Welsh government recognise this within the Well-Being of Future Generations Act.”

Part of the project involved training members of the community to take their own photographs of artifacts from historic sites. These can be turned into 3D models using Photogrammetric software and added to datasets such as the Mofa Copperworks.

What’s the history of the Hafod-Morfa works?

Sixty years later, there were 124 works, including 12 copper works in the Lower Swansea Valley.

The copper industry was booming.

Williams, Foster & Co had opened the rival Morfa works nearby in 1835 and the Hafod and Morfa sites were combined by Yorkshire Imperial Metals in 1924.

It became more difficult to get the raw resources needed to make copper in South Wales and it became more economic to make it elsewhere. There was a long, slow decline and the area gradually became derelict.

The rolling mills finally closed in 1980 after employing generations of Swansea people, often several from the same family.

What are the plans for the site?

The aim is to create a major heritage attraction which will pull in thousands of tourists, preserve the area’s culture and history, and create local employment.

After decades of dereliction, Swansea City Council named Swansea University as a development partner in the regeneration of the site in 2011.

Grants of £540,000 were awarded for the preservation and renewal of the site and stage one began with clearing overgrown vegetation and carrying out essential preservation works in October 2013. Restoration of the famous Musgrave Engine House began in 2018, funded by Swansea council and Cadw, the Welsh historic monuments body.

The Friends of Hafod-Morfa, the university, and local engineer Tom Henderson are restoring its travelling crane.

Last year, the Heritage Lottery Fund allocated more than £3.5 million to refurbish the site’s Powerhouse to create a distillery and visitor centre. The project is being managed by Swansea University and Penderyn Whisky.

Discover more about what TerraDat does here.