Multi-channel Analysis of Surface Waves (MASW) is a very useful method for investigating shallow geological structure and, in particular, the relative shear strength of subsurface materials. By incorporating density values for the local bedrock and overburden sediments it is possible to derive their shear modulus often referred to as dynamic ground stiffness.

The technique is based on the recording of seismic waves that roll much like a seawav e along the surface and extend down to depth beneath the survey line. At each new location it is essential to carry out initial tests to determine optimum acquisition parameters including geophone spacing and shot offset distances. Typically a hammer and plate or buffalo gun is used as the seismic source with the latter offering more power for difficult sites. Surface waves travel more slowly than other seismic signals and are recorded over long time intervals by comparison. The recorded data are first processed to produce dispersion curves for each shot. These curves are then modelled individually to produce 1D depth profiles of shear wave velocity and then combined to produce a depth cross-section revealing the shear wave velocity structure of the ground. 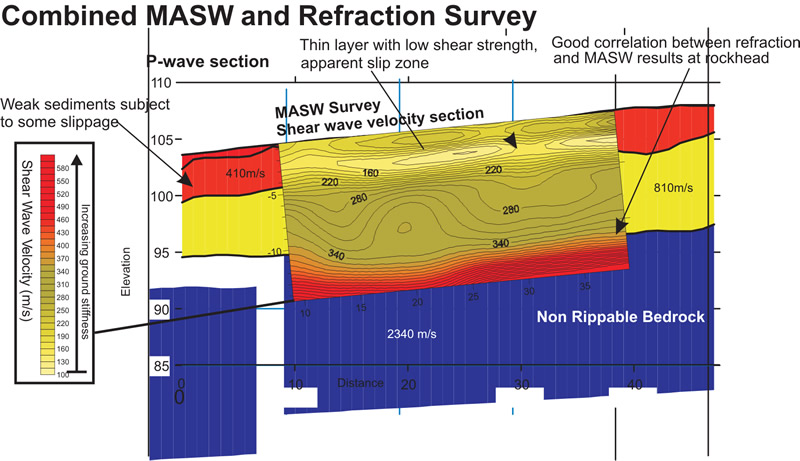