Our work has led to the unearthing of several significant finds including Welsh Princes, notable Roman mosaics, entire forgotten settlements. We have appeared on Channel 4 Time Team, BBC Documentaries and contriubuted to changing community perception about the past on Lottery-funded heritage projects.

TerraDat’s archaeological capability has significantly increased due to the use of a specialist magnetic gradiometry carrier system. This system utilises eight Foerster FEREX CON 650 gradiometer probes mounted on a bespoke Sensys rig. Real-time, sub-centimetre accurate positioning is provided by a Trimble 5700 RTK GPS. The rig is towed across the survey area behind a 4×4 vehicle or ATV acquiring swaths of data up to 3.5m wide. The probes are spaced at 0.5m intervals, giving twice the resolution of a conventional gradiometry survey.

In optimum field conditions the new system allows acquisition rates of up to 40 hectares a day significantly reducing survey costs and time over a conventional walked survey. As one of Europe’s leading environmental geophysical contractors TerraDat’s enhanced processing and interpretation capabilities allow datasets to be further interrogated to provide information on a variety of site hazards such as shallow UXO, mine workings and buried structures and services. 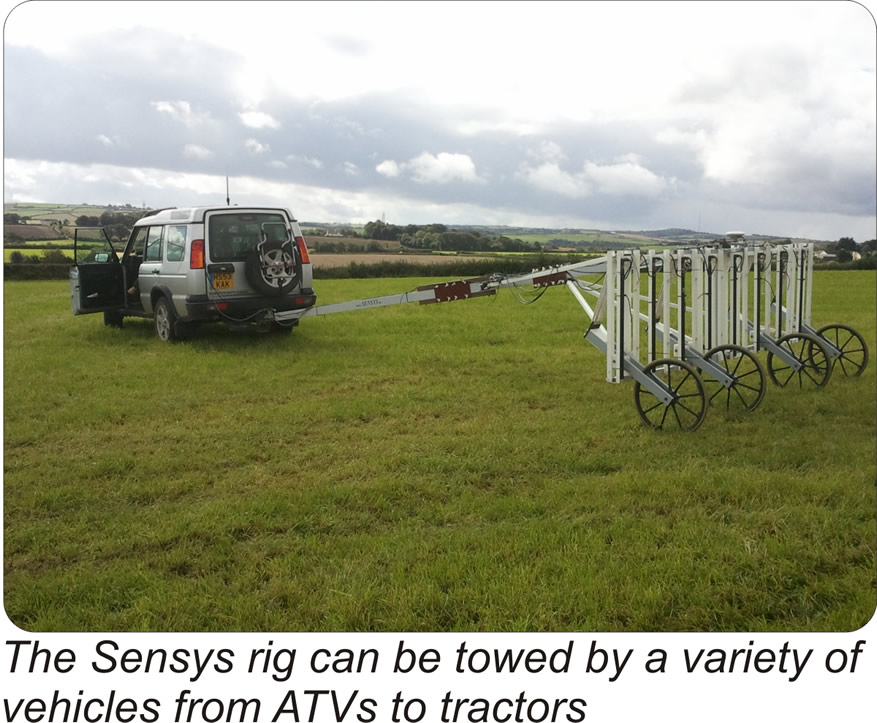 Twice the resolution of a conventional gradiometry survey